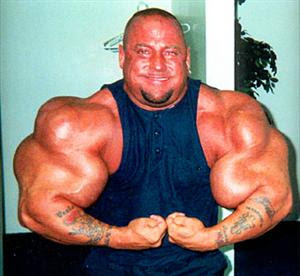 AUDIENCE PARTICIPATION PORTION:
(record this scene called "Huge Guy Reminisces" by either calling the GeekLine at 216.236.GEEK or recording it and sending it jawboneradio AT gmail dot com. The best reading done without laughing will get a prize pack featuring a pack of Geek A Week cards and a collection of books including a copy of "Silly Rhymes For Belligerent Children". This is what the huge guy actually said to Nora:)

"My breakup came out of left field. I went home because I live with my girlfriend. I took a shower. She took a shower. We made love. Which was awesome. Powerful. She even told me it was the most passionate lovemaking we've ever done. And now - it's all over."

Things have been really busy here at the Nobby Annex and it's been pretty tough to record a new show over the past few weeks. We are going to attempt to record a new show tonight, but in the meantime here are some places where you can hear (at the very least) my voice.

I've been doing a lot of press interviews for Trace Beaulieu and my new book "Silly Rhymes For Beligerent Children" (which is available now , BTW). You can hear Trace and I yammer on a radio show called "Spare The Rock, Spoil The Child" .

Trace are I are on a podcast called "Comics Are Go!" recorded right here in Cleveland. My part is being broken into two parts. So you can hear part one if you go to the link on iTunes.

And a nice little feather in my cap is that my Geek A Week project was just covered by CNN.com. I'm pretty humbled by the article and it's pretty amazing to have some of my geek heroes and heroines saying complimentary things about my art. Check that out here.

Like I said, with any luck, a new Jawbone tonight. Thanks for sticking with us!
Posted by Len at 10:47 AM

So Friday, There Was This House Concert...

This story starts back in San Diego during Comic-Con and w00tstock.

One of the drawbacks of being Len Peralta and performing at a w00tstock event is that you fail to hang out with all the cool people backstage because you are onstage for 80% of the night working. This was especially true when I drew in San Diego. I missed the banter between Rifftrax and Grant Imahara and Aaron Douglas and Phil Plait. Yes, it was a huge sacrifice but someone had to draw the poster.

Anyway, while I'm drawing, coloring and making pretty pictures, I get to listen to the performances. This is tough when there are slides to look at, but in the case of singer/songwriter Marian Call, it was perfect. The music was soothing. Her voice was angelic and as I was sitting there drawing, I was consciously making a mental note that I needed to become more acquainted with her music. Not only that, but I needed to download everything she has ever recorded as soon as I possibly could.

Fast forward to Atlanta and DragonCon. Marian and I were able to see each other again in the hotel bar. I asked Marian how her 50 state tour was going and when and if she was going to play in Cleveland. She told me that she hadn't booked a show yet, which shocked me. She also suggested that maybe I could host a house party to bring her to town.

I was a bit cautious about doing something like that. Bringing complete strangers into my house to host a concert? Isn't that a huge risk? I did some research and even though Marian's own website says that everyone goes through the exact same feelings of discomfort to euphoria after the concert was over, I still didn't believe her and thought it would still be a huge risk. 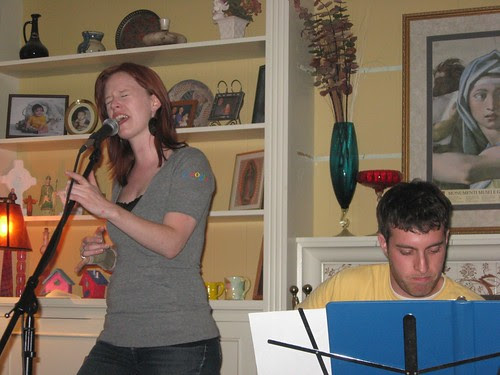 At some point after I got back, I decided to host it - on one condition: It had to be totally anonymous for me as a host and that I had to have control over who was coming to my house. Marian said this was par for the course, but I wanted to be really safe about this and even though my celebrity (if you can call it that) is definitely spelled with a small "c", I didn't want this to become a Jawbone Radio party. Hence the reason the Cleveland show was not as heavily publicized as her other shows.

I decided if I was going to do this, that I was going to go all out - with an opening act and everything. So I called my good friend Mike Lombardo and asked if he would be willing to open up for Marian. I knew that they were trying to connect and play out with one another and I thought this was a perfect opportunity. Mike met my request with a heathy "HELL YEAH!" and the concert planning was underway. 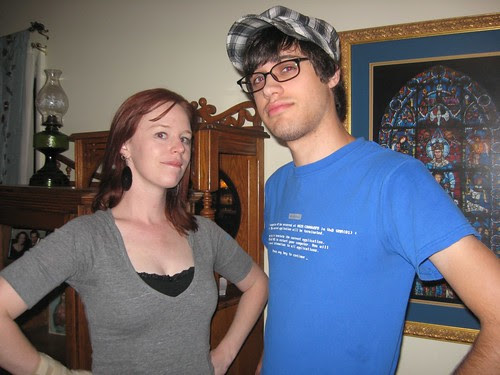 Mike opened up the show on Friday with a quick, fun and quirky 30 minute set. I was able to videotape the whole thing, but because I am an idiot and I failed to figure out how to operate my video camera (coupled with the fact that I told Mike not to bring any lights) the video looks like it was shot by a blind person with enormous cataracts. The good news is that you don't need eyes to hear the wonderful music.

Marian took the "stage" a few minutes after Mike and she totally rocked it out. One of the issues I was having when I was inviting people I knew was that they had never heard Marian or Mike's music, plus people couldn't wrap their head around the fact that we were having a live concert in our home. So I was met with a lot of lukewarm reception and hemming and hawing. The good news is that the people who did decide to make it were completely blown away. And a survey of the people I talked to was completely positive. Thank you to all who came. You all understand what I've been trying to communicate about Marian and Mike's music for the past month or so.

Another cool thing about hosting the show was that my kids were able to play a few songs of their own and also backup Marian on a few songs. Now, before you start thinking that this was just a case of an over zealous dad trying to shoehorn his kids awkwardly into a situation, my kids do an awesome job playing out. I know I'm not being a dad loving everything his kids do, either. I've been posting some vids of my kids playing in the basement and they are no slouches. Check em out for yourself. They call themselves Lumpia, BTW, which is the name of a Fliipino eggroll in case you were wondering. (plus someone started a Facebook fan page for them.)

Here are my kids playing Marian's "punk" song called "We're Out For Blood". As far as I know, this is the only live punk band recording of this tune. The other versions of this song are either the slowed down Kumbayah version and the hard rocking version of this song which was recorded for Whole Wheat Radio featuring a mandolin and acoustic guitar accompaniment. The fact that the only live punk band version of the song is with my kids makes it even that more awesome. They played another song with Marian, but since that song is currently unreleased, I have to sit on it for a while. But trust me, it will be well worth the wait. Another reason why the live event was the place to be.

At some point during the night, I think it might have been during Marian's song "Got To Fly" (which is below) the night become something else for me entirely. I couldn't believe that I had actually pulled it off. I told Marian in an e-mail after the night was over that this was how I saw it:

A few years ago, a few of my close relatives rented out several houses at Virginia Beach and took a real Brady Bunch sort of vacation. It was huge. 4 or 5 families plus some friends sharing houses and a private beach and simply enjoying the time we had. During that vacation, I was sitting in the courtyard of one of the houses watching my children and their cousins and friends running around with sparklers, underneath the trees and against the yellow orange backdrop of the slowly setting sun. There was something very important about that time in the courtyard. I was witnessing a real, honest and cherished memory being created. A transcendent something that my whole family could look back on and remember for the rest of their lives.

This night was one of those nights.

I am so glad that I decided to take the risk and host the concert. It was one of the most amazing nights I've ever been involved in and what my family and friends were able to experience far outweighed the risk that Nora and I took.

I don't regret hosting this at all. In fact, I hope I get the chance to do it again. I'm humbled that I was able to share in some of the awesome that is being created by these wonderful performers. Part of me selfishly hopes I can stave off the inevitable rising stars of Mike and Marian and expect to, at some point, replicate the night. Impossible, sure. But I am glad to take with me the memories I have.

Thank you Marian and Mike for one unforgettable night. 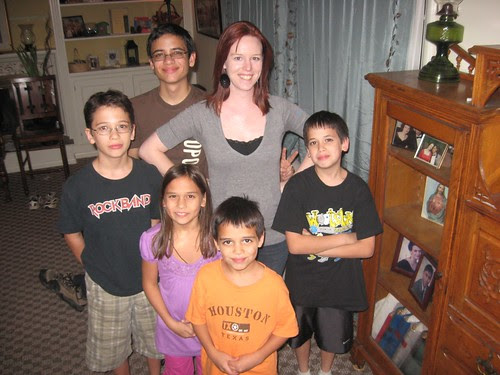