A Message For Cleveland Readers and Listeners... 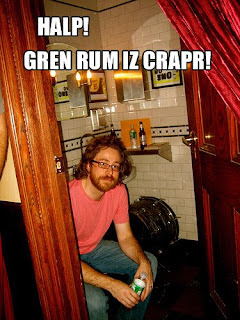 Public Service Announcement for Clevelanders only: You know how people in this town are always saying that Cleveland is a hole and nothing is good here and all the good stuff is somewhere else in the world and we're all going die fire-y horrible deaths at the hands of our inept city management? Maybe that's just me, but I hear stuff like that a lot. So, in order to combat this general malaise with our fine city, I would encourage all of you in the Cleveland area to go and buy your tickets now to the Paul and Storm/Jonathan Coulton show this Friday, July 11th at the Beachland Ballroom. This is only the second time Coulton has been to our city. I was at the last show, and the attendance was weak at best. If no one shows at this performance, we have no one else to blame but ourselves for this city's lameness. Here's your chance to be at the kind of show that years from now, you'll look back and say "Man! I remember seeing these guys when they are the Beachland Ballroom." You get what I'm saying?

While, I'm on the subject of supporting cool things in Cleveland, you may also want to check out the Mercury Project this summer when they play out at the Ingenuity Festival. Editor's comment: I think the Ingenuity Festival is a great showcase and has a lot of potential to push Cleveland's tech scene into the forefront. But I personally feel a little bit better organization would do that event a world of good.