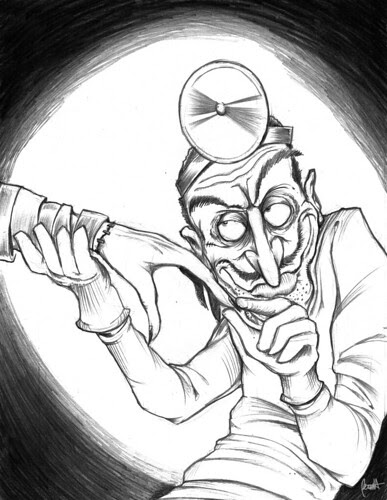 So, there are some perks to being friends with Jonathan Coulton and Paul and Storm. One of the perks is that I sometimes get to hear songs before the general public does. As is the case with the Song Fu Challenge that is happening over at Quick Stop Entertainment. These guys are the Masters in the challenge and for Round 2, they upped the ante for the creative. Each Master was to write a song in the style of their competitor. So, essentially, Coulton would cover P and S and vice versa.

I was a bit afraid that that the competition would turn ugly. It's a very thin line between paying homage via parody and mocking someone's creative style. I, for one, didn't want to see my friends come to fisticuffs over a silly little contest. However, I felt torn to honor both their songs without favoring either.

So, I've heard both songs ( and you can too!) and I have to say, they are both brilliant in their own ways. Earlier this week, I posted the image I created for the "Super Secret Song" by Paul and Storm. The song is called ""Live" and it is a syrupy-sweet take on a Dr. Frankenstein type who builds his girlfriend/monster out of spare parts. Out of all the Visual Things A Week I have ever done, this has to be one of my faves. It comes pretty darn close to exactly what I saw in my head while concepting. That's a rare thing for me. So I'm especially proud of this one. 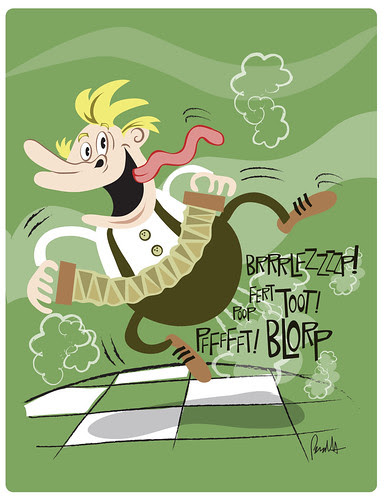 Coulton's take on Paul and Storm is so very over the top, I felt that it needed a equally over-the-top image to go along with it. I'll let you hear the song on your own, suffice the say, it's pretty sophomoric and full of intestinal distress humor. The art was inspired by Mad Maddest Artist, Don Martin, (whose treasury I just read through a few weeks ago and which I highly recommend) and the original Ren and Stimpy Art by John Kricfalusi. I had a lot of fun drawing this one and this too came pretty close to my vision - minus some female fans who were to be placed near BDF's rear end. I think it's better without them.

Overall, the songs are wonderful, completely different and fun. And I think it's pretty neat that I was able to create two distinctly different visual images that match each song pretty well. I feel that fans will have a hard time deciding who they will be voting for in the Master Round of this challenge. In any event, I want - scratch that - I NEED to hear both artists do their own versions of the songs. That would rock.
Posted by Len at 12:00 AM