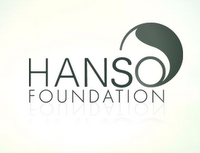 Whoa, if you are a fan of Lost, you'll definitely want to check this out:

Fans of ABC's Lost are about to find a slew of compelling reasons to pay extra close attention to the smash hit drama—even after the current season ends. The show's creative team, including co-creator Damon Lindelof and executive producer Carlton Cuse, have engineered a sprawling interactive challenge to keep viewers immersed in the Lost universe during the hiatus between the end of Season Two and the start of Season Three. Officially dubbed "The Lost Experience," the globe-spanning game will incorporate multiple media platforms (including online and television) and feature a distinct storyline outside the plot currently unfolding on TV's most mysterious deserted island.

Looks VERY cool. Check out the site here. Courtesy of AdCritic.com.
Posted by Len at 5:39 PM