Link Dump: Round Up Of Random Weird Stuff Issue 9 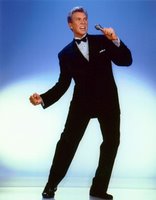 It's been quite a week at the Nobby Annex. No real time to do serious updates. That's a good thing though. When that happens that means that real life is pumping and the Annex is working, and that is good news all around gang. So while the dump may be a bit behind, other things are at the forefront. With that being said, lets' get Michael Buffer out here to say:

"LET'S GET READY TO LINK DUUUUUUUUUUMMMMPPP!"

Before we start, I wanted to give you some background music while you peruse the link dump, so go ahead and start this YouTube video (link courtesy of DJ Hojo) and enjoy some downhome Star Wars music with your dump.

----
Aight, our first set links come to us from sunny California and our friend SuperFanMalcom. Malcom apparently has been catching up on old shows and has come to the sudden realization that we dig all things Bigfoot. So he sends this information along for our edification: Bigfoot is protected by real laws. That's right. Here's the skinny:

"In 1969, Washington's Skamania County Board of Commissioners passed an ordinance setting out a $10,000 fine and five years in prison for anyone who killed a Bigfoot in the county. Both are still on the books."

And this, also from Washington:

"Regarding Sasquatch, Skamania County, Washington passed a law in 1969 that 'any willful, wanton slaying of such creatures shall be deemed a felony', subject to substantial fine and/or imprisonment.

So all you would be Sasquatch poachers, beware. Future laws will also include protection of Oolka the Mok and The Great Gazoo.

-----
Wayne from the Ukraine continues with his barrage of Hofflinks. Shield your eyes children. This will hurt.

And for you lovers of the UK Office, take this!

One more link from Dan: Byahhhh!

"The Punch Below The Belt is a 1945 U.S. Military pamphlet, designed to train soldiers in the waning days of the war in the Pacific. Specifically, the text focuses on the nature of the tactics employed by the Japanese, characterized as deceptive & underhanded. More than mere enemy-demonizing propaganda, the booklet is an official military training manual, chock-full of staggeringly racist cartoons designed to drive the message home to the G.I.s."

----
Dovetailing from that, Dan says "...those crazy Asians! They'll put ham in anything!"

----
DJ Hojo sends us this: The Peanut Butter Disaster. Let us never speak of it again.